What are rod ends?

A rod end is a joint which maintains a fixed point of contact between two parts, with some degree of rotational freedom about all three axes. It has two main parts, each with a shaft or hole for attachment to other components. The two parts are arranged so that the axes of the shafts or holes are nominally perpendicular to earch other and both axes pass through the center of rotation for the spherical joint.

A spherical joint enables continuous 360° rotation about one axis with more limited rotation in the other two axes. 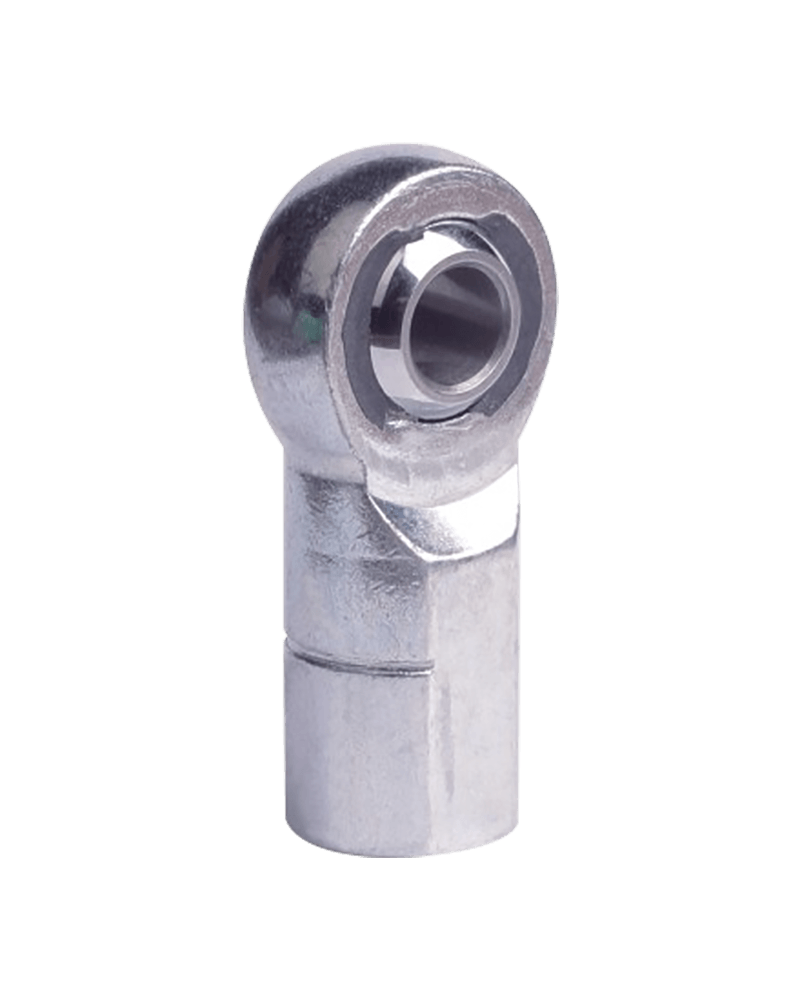 Rod ends are used to connect the ends of control rods, steering links and other tie rods used for mechanical control. A rod end provides an effective point-to-point contact with the center of rotation lying on the axis of both attached shafts. This simplifies kinematic design and provides rigid mechanisms which do not subject control rods to bending moments. These properties make rod ends ideal for mechanisms requiring precise and predictable control. They were first developed for aircraft control systems in World War II — and have since become widely used in vehicle steering links and many other applications. For mechanisms where the axes of both rods will remain mutually perpendicular and actuation will only cause rotation one of these axes, a clevis may be used. The advantage of a rod end is in allowing three axis rotation between the components.


A ball joint with perpendicular threaded mountings may sometimes be used as a direct replacement for a rod end.

Rod ends normally have a plane hole passing through the center of the spherical joint and a protrusion from the casing surrounding the spherical joint. The protrusion may be a shaft which is typically threaded, in which case the rod end may be described as ‘male’. Alternatively, the protrusion may be a rod containing a tapped hole, this may be described as a ‘female’ rod end. It is common for the protrusion to have a hexagonal section or two parallel flats, dimensioned to fit a standard size of spanner and intended to facilitate tightening of a screw or lock nut.

A ball joint linkage, with its mounting axes nominally perpendicular to each other is very similar to a rod end. They differ in that the inner spherical surface does not have a hole through its center. Instead a ball joint has a shaft protruding from the inner ball or sphere.
PREV：Technical performance of joint bearings
NEXT：Where are joint bearings mainly used?
Share:

Need Help? We are Here to Help You!